Building on our success in getting over 200 miles of bike lanes, inspiring the Circuit trail network and bringing bike share to the City of Philadelphia, we advocate for a connected network of streets safe for bicycling and walking.

The Camden County Municipal Utilities Authority is the county’s clean water agency. In Camden, CCMUA owns/funds and/or manages Liney Ditch Park, Michael J. Doyle Park and Fishing Pier, Waterfront Walkway, and Phoenix Park in Camden’s Waterfront South neighborhood; the Cramer Hill Nature Preserve; and is in the process of taking over possession and management of Gateway Park along Admiral Wilson Boulevard in Camden and Pennsauken. As a public agency dedicated to clean water and community health and well-being, we have committed our resources, and recruited substantial outside sources to support not only these parks, but also other parks and green installations in Camden City.

CCMUA also plays a lead role in the Camden Collaborative Initiative and Camden SMART Stormwater management effort as a founding member of those two highly collaborative undertakings. Many of Camden SMART’s 50 green infrastructure sites are on public property near trails throughout Camden City. CCMUA is dedicated to supporting its community neighbors in Waterfront South and Camden City as a whole, through improvement of its recreational opportunities, and maintaining the green infrastructure measures in Camden City which benefit CCMUA’s entire customer service area.

The Delaware Valley Regional Planning Commission is dedicated to uniting the region's elected officials, planning professionals and the public with a common vision of making a great region even greater. Shaping the way we live, work and play, DVRPC builds consensus on improving transportation, promoting smart growth, protecting the environment and enhancing the economy.The DVRPC serves a diverse region of nine counties: Bucks, Chester, Delaware, Montgomery and Philadelphia in Pennsylvania; and Burlington, Camden, Gloucester and Mercer in New Jersey. DVRPC is the federally designated Metropolitan Planning Organization for the Greater Philadelphia Region -leading the way to a better future.

The 3,000-mile East Coast Greenway is a developing trail system, linking many of the major cities of the Eastern Seaboard between Canada and Key West. Over 30 percent of the route is already on traffic-free greenways, creating safe, accessible routes for people of all ages and abilities. The New Jersey portion of the Greenway covers 98 miles between Pennsylvania and New York, passing through bustling urban areas — Trenton, New Brunswick, Newark, and Jersey City — as well as quiet, suburban settings and more rural landscapes than one might expect. The route is currently 54% on traffic-free paths, the second highest percent of completed trail in any Greenway state, and includes the ECG’s longest completed trail segment – the D&R Canal Towpath, which is 35.7 miles long. There is a complementary route to Camden as well. The ECG fosters healthy lifestyles, empowers sustainable transportation, and promotes tourism.

TSTC is dedicated to improving people’s lives by reducing car dependency and expanding access to an equitable and environmentally sound transportation network in New York, New Jersey and Connecticut. With the generous support of the William Penn Foundation, TSTC maintains a staffed satellite office in Camden County to help facilitate the design, planning and construction of trail segments within the city and county of Camden that are part of the Circuit trail network—a 750 mile trail system connecting Trenton to Camden and Philadelphia. For more than four years, TSTC has worked with the NJ Conservation Foundation and Cooper’s Ferry Partnership to promote a walkable and livable Camden. We have also partnered with local groups such as the YMCA of Burlington and Camden Counties to promote walking and biking as forms of exercise, transportation and recreation and physical roadway improvements that improve the safety and health of transportation throughout the region. We helped draft and pass the City of Camden’s 2013 Complete Streets policy (which ensures road projects safely accommodate all users of the road) and also encouraged the New Jersey Department of Transportation to pass a Complete Streets policy, which it did in 2009. 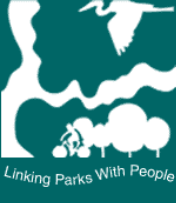 Camden Greenways, Inc.'s mission is to advocate for, and participate in, the development and stewardship of the Camden Greenway and public open space throughout the City and County of Camden, New Jersey.

For over the past ten years, the William Penn Foundation has been a generous supporter to Camden City and CFP to help with the community engagement, planning, design, construction, and programming of the city’s greenways. These initial investments, coupled with support and leadership from Camden City and Camden County Parks, have created and/or expanded the trail network for pedestrians and bicyclists and helped to be an integral component to the neighborhood’s revitalization strategies. 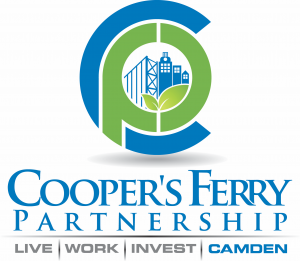 Cooper's Ferry Partnership is facilitating the revival of the City of Camden by creating an environment where people choose to live, work, and invest. The organization develops visionary, long-range plans for the redevelopment of Camden’s waterfronts and work with private sector, government and community partners to make these plans a reality.

Cooper’s Ferry Development Association (CFDA) was founded in 1984 as a private, non-profit corporation dedicated to coherently planning and implementing high-quality urban redevelopment projects in order to help replenish Camden’s depleted tax base and to create a significant number of jobs for city residents. From 1984 until 2000, CFDA worked to fulfill its mission by concentrating solely on the redevelopment of Camden’s downtown waterfront. Serving as overall planner, promoter, and master developer, CFDA has attracted and coordinated more than $600 million of private and public investment to the Camden Waterfront. With this focused approach, CFDA has successfully put in place the building blocks for a vibrant, mixed-use waterfront community, which is anchored by family entertainment venues, office buildings & residential lofts. Most recently, CFDA has partnered with neighborhood groups and residents throughout Camden in the planning and implementation of community driven plans.

GCP was formed in 2001 to bring together leaders from the private, public and non-profit sectors to promote the revitalization of the City of Camden. Soon after its inception, the stakeholders of GCP devised the Downtown Camden Strategic Development Plan, which established the blueprint for anchor institution-led development in Camden. Since that time, GCP has been implementing this strategy through a targeted five-part model: clean and safe streets; vibrant commercial corridors; stable neighborhoods; vibrant arts and culture; and human capital programming that builds capacity among Camden’s residents. To that end, GCP’s project portfolio has included the establishment of a downtown business improvement district “clean and safe” program; development of several large transit-oriented real estate projects, a vacant-lot greening and maintenance initiative, public-space arts programming, corridor marketing/retail attraction, and local sourcing initiatives.

In February 2011, Cooper’s Ferry Development Association (CFDA) merged with Greater Camden Partnership (GCP). Together, CFDA and GCP united as one organization that continues to establish public and private partnerships to effect sustainable economic revitalization and promote Camden as a place in which to live, to work, to visit and to invest. The name of the new combined organization is Cooper’s Ferry Partnership (CFP).

With a population of approximately 76,000, Camden continues to serve as southern New Jersey’s business, education and residential center. Camden is home to many cultural attractions, including the Adventure Aquarium, The Camden Children’s Garden, The Battleship New Jersey & Museum, The BB&T Pavilion, and Wiggins Park & Marina. Several major organizations are headquartered in Camden or are scheduled to build and relocate to the city.  The City’s leaders, neighborhoods, partner organizations and businesses are earning tremendous accolades for the ever-growing list of accomplishments.

Governed by the Camden County Board of Chosen Freeholders, the Camden County provides a variety of services, programs and special initiatives to its more than 500,000 residents who live in 37 towns and cities. The County is conveniently located with access to major highways and bridges and is home to many major corporations, colleges and cultural institutions.

The mission of the Green Acres Program is to achieve, in partnership with others, a system of interconnected open spaces, whose protection will preserve and enhance New Jersey's natural environment and its historic, scenic, and recreational resources for public use and enjoyment. The Green Acres Program was created in 1961 to meet New Jersey's growing recreation and conservation needs. Together with public and private partners, Green Acres has protected over half a million acres of open space and provided hundreds of outdoor recreational facilities in communities around the State. 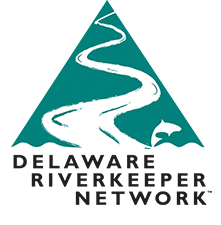 The Delaware Riverkeeper Network (DRN) is a nonprofit 501(c)(3) membership organization whose staff and volunteers work throughout the entire Delaware River Watershed. The organization also works throughout the four states that comprise the Watershed -- Pennsylvania, New Jersey, Delaware and New York -- and at the federal level on the issues, actions, regulations, legislation, policies, programs and decisions that impact the health of the Delaware River Watershed waterways and the ability to protect and restore them for the benefit of all.

The mission of the New Jersey Conservation Foundation is to preserve New Jersey’s land and natural resources for the benefit of all. The organization protects threatened natural areas and farmland through land acquisition and stewardship, promotes strong New Jersey land use policies and forges partnerships to help safeguard water and other natural resources.